How to Deal with Decisions about March Madness in the Workplace 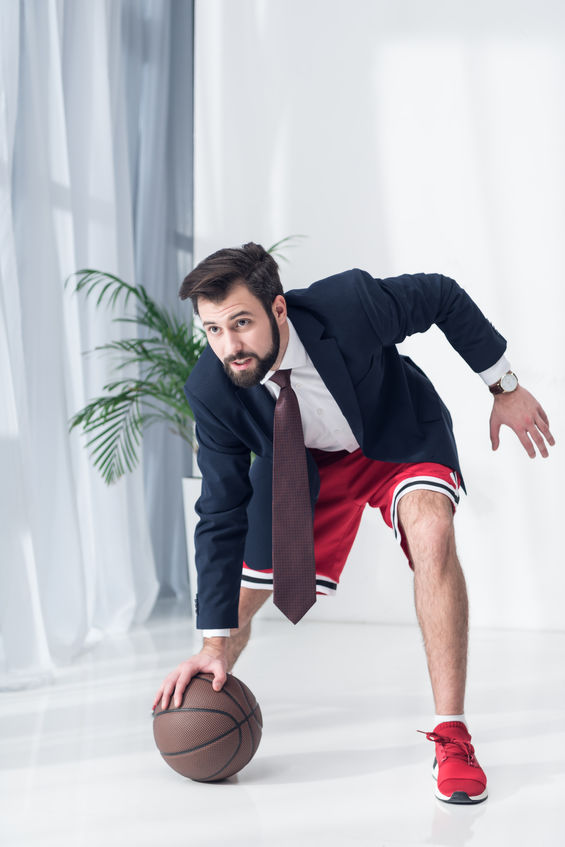 Every Spring a national event captures the attention of millions of employees: the NCAA “March Madness” basketball tournaments.

Individuals who are die-hard basketball fans, those who may follow their local college team when they are doing well, and people who just like to pick teams according to their mascots – all become intrigued and involved in following the games.

While “March Madness” is typically referred to as a singular event, those familiar with the tournaments know that they actually are a series of games and regional tournaments over a three-week period. The process begins with “Selection Sunday” where the 68 teams who get to play in the tournament are announced. Individuals then fill out their game brackets to choose who they think will win individual games and eventually, the championship. There often are informal pools for betting on the winners, and more formal versions fans set up on the Internet. The “win or leave” format takes teams from pre-tournament play-in games, through the “Sweet Sixteen”, “Elite Eight”, the “Final Four” and then the championship game.

The Impact of March Madness on Work

Why is it important for supervisors, managers and employers to understand March Madness? Because for many employees, March Madness becomes an important part of their life, influencing their thought time, emotions, and relationships – both personally and at work. And secondly, because many of the games (especially in the first two weeks) are played during the day on weekdays. This creates some challenges at work.

When a game is being played, it is available to be watched or listened to on television, radio and the computer. So, many employees are distracted from their work while a game important to them (or for some people, any game) is being played. Sometimes, when a local team is playing, seemingly the whole city or vicinity “shuts down” to watch – and the experience can actually become a team building experience among colleagues (including good natured teasing for those rooting for the opponent).

This raises the question for managers: how should we handle these situations?

There are numerous, overlapping issues that need to be considered, including any legal implications regarding unequal treatment of employees, how to serve your clients best, decision-making and communication processes, and staff morale.

Let me make some suggestions that can help avoid creating undesired results:

*Don’t have to deal with “fairness” issues

There is no right or wrong answer for how best to deal with March Madness in the workplace. And the choice you make may vary according to the specific circumstances this year – your local team is involved, there are too many deadlines to meet, etc.

Regardless of what you choose, enjoy the tournament!