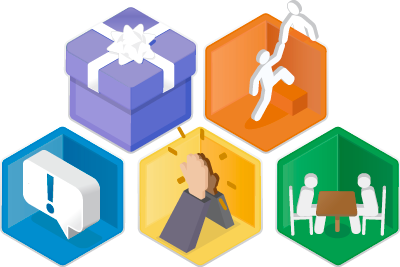 Communicating appreciation effectively to those with whom you work is based on three foundational premises:

Over the past several years, we have learned the factors necessary for any appreciation communicated to a team member to “hit the mark” and truly make the recipient feel valued.  While there are four core conditions we’ve identified elsewhere, a key component is knowing your colleagues’ preferred language of appreciation and the actions that are important to them.

A key question, then, is: how do you determine a colleague’s language of appreciation (and what actions they value)?  Let me walk through the potential options, and the common results of each.

OPTION 1: Ask your co-worker how they like to be shown appreciation. While this seems to be relatively simple and straightforward, in reality, this is an awkward conversation in most cultures. We rarely ask one another, “How would you like me to show you appreciation?” Secondly, and probably more importantly, we tend to not get much information from asking the question. The typical response is: “I don’t know. Tell me ‘thanks’, I guess.” This is partly due to the concept of different forms of appreciation being somewhat unknown, and partially due to the fact that most people narrowly view “appreciation” as just saying ‘thanks’.

OPTION 2: Try to gain understanding through observing how they show appreciation to others. A frequent suggestion given is for each of us to watch and observe how our colleagues demonstrate their appreciation to others. This may be a good starting point, but there are two challenges. First, we don’t have much data to interpret. That is, there aren’t many times we actually get to observe others communicating appreciation to others (aside from large employee recognition ceremonies). Secondly, some of our research indicates that the way a person expresses appreciation to others is the way they want to receive appreciation only about 75% of the time. (This is especially true for Tangible Gifts.  Many who like to give gifts, don’t necessarily value receiving gifts.)

OPTION 3: Ask them what tends to be encouraging to them when they are discouraged. The best “work around” we have found (although it still isn’t really effective) is to ask your coworker, “When you get discouraged, what encourages you?” This is a bit more natural of a conversation, but the information gained is still relatively limited. You might get one or two suggestions, at best, and they may not fit the context in which you work (for example, making their favorite comfort food).

OPTION 4: Have them take the Motivating By Appreciation (MBA) Inventory.  While this may seem self-serving (to have the best solution be one of our resources) the fact is: we have found no better way to quickly, accurately, and easily identify colleagues’ desired ways of being shown appreciation.

Part of this has to do with the nature of the 5 languages. First, the 5 languages are easy to learn, understand, and remember. Unlike some assessment tools, the category names (e.g. Acts of Service) are descriptive and don’t have to be explained. While some have attempted to create (long) lists of specific ways to show appreciation, these are like memorizing a long list of facts without any cohesive construct. Understanding a person’s primary language of appreciation provides a unifying construct around which to organize and understand the actions they desire. We also have created visual symbols to represent each appreciation language, which clearly assist in recalling each of the five languages.

Secondly, the 5 Languages appear to be almost universal and relevant in virtually every culture. I say “almost” and “virtually” because we don’t know for sure they are applicable in every culture. We haven’t tried to apply them to every culture in the world (yet!), and some cultures (for example, traditional Japanese) are far less comfortable with most forms of physical touch in work relationships. Having said that, our book has been translated into 17 languages, and our resources are being used in at least 60 countries.

A third important construct is that the specific actions within each appreciation language vary from setting to setting. Over the years, we learned that the 5 Languages appear to be applicable to every work setting we have encountered, but the actions often vary across industries. As a result, we have created a number of versions of the MBA Inventory which customize the action items within each appreciation language to make them relevant to different work settings.  Currently, in addition to the report for general workplaces, there are versions of the MBA Inventory for government agencies, schools, medical facilities, the military, nonprofit agencies and ministries, and for remote employees.

Additionally, we are in the process of completing a new, expanded version of the inventory which provides additional information to help understand each employees’ preferences and also, what actions to avoid. The expanded version includes: comparison of the individual’s results to the general population (both with regards to which languages are important to them, and which are not); identification of the one specific appreciation action most valued by the individual; and the ways (in each appreciation language) the person absolutely does not want to be shown appreciation.

Communicating authentic appreciation to your colleagues requires knowing their preferred language of appreciation and the specific actions important to them.  Having your team (and volunteers) take the Motivating By Appreciation (MBA) Inventory is the most effective way to identify this information and provides the results in a format that can be easily shared with supervisors and team members across the organization. Join the 185,000 others who have taken the inventory and learn how to support and encourage your colleagues in the ways that will “hit the target” with them!