No One Is An Island In The Workplace 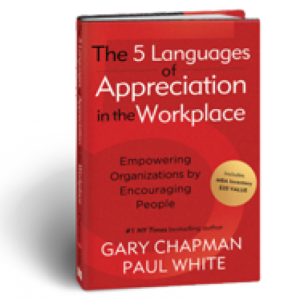 When I discuss the topic of appreciation with leaders, sometimes they mention employees who reject the notion. For example, someone in their organization will say: “I don’t need appreciation from others. I am self-motivated.” Or, they make comments that imply, “This appreciation-stuff is a bunch of hooey.” However, on closer examination, I have found that this resistance often reveals a different mindset that needs to be addressed.

Some people equate the term “appreciation” with receiving verbal praise from others. Yet, there are individuals who don’t value positive words from others, because it’s not an important form of communication to them for legitimate reasons. But, since they don’t value affirming words, they conclude that they don’t need appreciation, which is incorrect.

In fact, many times these individuals have good reason not to trust positive comments from others. For example, one supervisor told me, “Where I grew up, if someone complimented you, they were actually buttering you up to ask you to do something or give them money.” Another leader reported, “I don’t need hollow praise. When people compliment you, they don’t really mean it. They are just going through the motions.” In talking with him further, I found out that he had plenty of personal experiences to support his belief.

Some people equate the term “appreciation” with receiving verbal  praise from others.

More often, however, team members who “push back” at the idea that everyone needs to be told they are appreciated are actually right. Many workers don’t need to be told with words that they are important to the team. They need the message sent in a different form – in the language that speaks to them personally. I find that two of the languages often “pop up” as the preferred method – quality time and acts of service.

Many workers don’t need to be told with words that they are important to the team.

Likewise, a school administrator and athletic coach once told me privately, “I don’t need other people’s encouragement. I’m fine, thanks.” What I found out, though, was that if you showed up at one of his football practices and hung out with him – you were like a blood brother for life. He valued – and was encouraged – by people investing time with him while he was doing what was important to him. He lit up like a lightbulb, and you couldn’t get him to stop talking about his team.

To summarize, when people say “I don’t need appreciation from others” we need to understand the real message they are sending, which usually is: “The way most people communicate appreciation isn’t important to me.” What we need to do is find out how others feel valued (see MBA Inventory), and then be proactive to use the language and actions which are important to them. Then, and only then, will they feel encouraged. If you continue to use words with these colleagues, you will completely miss the mark and possibly lose a good team member.