“Just For Show” (with No Substance): When Appreciation Fails 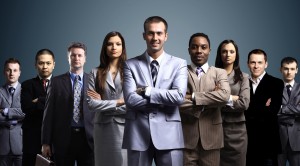 While watching a movie, you’ll notice it before you can put it into words — something seems very off about a character and it immediately sets you on edge. They claim to be a fierce warrior but run and hide whenever a fight breaks out. You’re pulled out of the fantasy and can finally describe why – their actions don’t match their words.

Though life isn’t a big screen production, we can still easily notice when others show us false appreciation rather than actual appreciation for a job well done.

Body language developed long before oral language, making it something hat we pick up on much faster than verbal communication. Even the slightest of shifts in stance is picked up subconsciously and translated by our brains into sub context that is then applied to any words being spoken. It’s an adaptation that almost all animals exhibit to this day. A dog’s tail wagging signifies happiness while one tucked between the legs means fear. Humans have these same tells, though without the tail.

This is why it is so important our bodies match our words. Naturally, this usually happens. When you’re comfortable, you’ll have a much more open stance. When you’re uncomfortable, you’ll cross your arms in front of your body. For most of us, we perform these actions instinctively. However, when asked to lie, few people ever learn that their body language must also adapt to fit the words. Claiming that you’re comfortable while standing with your arms crossed may  indicate that you’re not telling the whole truth. Because of this, we pick up cues when body language and verbal communication don’t seem to match.

Arguably the most hurtful time these mismatched signals come into play is when coworkers or bosses try to show appreciation. Many of us know that “thank you” can go a long way but too often these words are hollow. Instead of being said in genuine appreciation and with sincerity, the two words are tossed out quickly as a project is grabbed off of your desk or come out strained from a seated boss that is focusing hard at papers on their desk.

In seconds, we conclude that those words of appreciation are  meaningless. In fact, it would have been better had they never been uttered at all. Why even waste the breath on those two words when there’s no sincerity behind them? This raises the question: if the boss or coworker lies about something that would be so simple to do appropriately, are they lying about other things as well? This puts the workplace on alert and, pretty soon, it becomes a topic of break room discussions.

On top of this, false appreciation fosters a workplace filled with unspoken animosity. No one wants to be thanked insincerely. Everyone does their job because they’re paid to, not necessarily because they want to. Not all projects are fun or easy. Employees do not enjoy rushing to complete the task to cover their boss’ lack of organization.  However, the work gets done because the work needs to get done. To do so, a lot of stress gets shouldered and an insincere “recognition” of such a fact means that the liar has no awareness of the realities of their team members’ jobs.

One way to easily do this is when you thank someone, make sure your body language, facial expression and tone of voice match.  Stopping and facing them (versus talking to them as you walk by), smiling and having a cheerful tone of voice can make a huge difference.   It’s a way to show the person that thanking them is worth your time.

Depending on how well you know the person, you can offer a handshake, fist bump or hug as a physical way of expressing how much you respect what they have done. After all, letting another person into your personal space is a pretty big deal when forming a deeper connection. Something like that is the least that can be done for times when you really want to thank someone.

To make this “thank you” better, add into the conversation what you are specifically thankful for. General, real “thank you’s” are nice, but specific “thank you’s” are even better. It communicates that you actually know what they do and what they did either for you or the company. It calls out their individual strengths and how those contribute to the betterment of the office.

Another way people share their appreciation is through gift giving. Unfortunately, these can tend to backfire as awarding employees mugs with the company logo emblazoned on the side isn’t exactly meaningful nor does it acknowledge an individual’s preferences. Such a gift generalizes everyone, alienating them by indicating that it was not worth your time to find a gift that they, personally, would find value in. And, often it is viewed a promotional ploy and only done to make sure employees are carting and displaying their brand everywhere.  For offices that have hundreds of employees, individual gifts maybe  unrealistic.  To circumvent any animosity caused by such gifts, individualized presents should be awarded for the rarer displays of appreciation. While not everyone will receive such attention, everyone on your team will know through those few individualized gifts that the company does respect the desires of each individual.

Remember, not everyone feels appreciated (or “thanked”) in the same ways.  These are a few examples of the 5 languages of appreciation (others include spending time, helping with tasks) that can “hit the mark” in trying to show true, authentic appreciation.