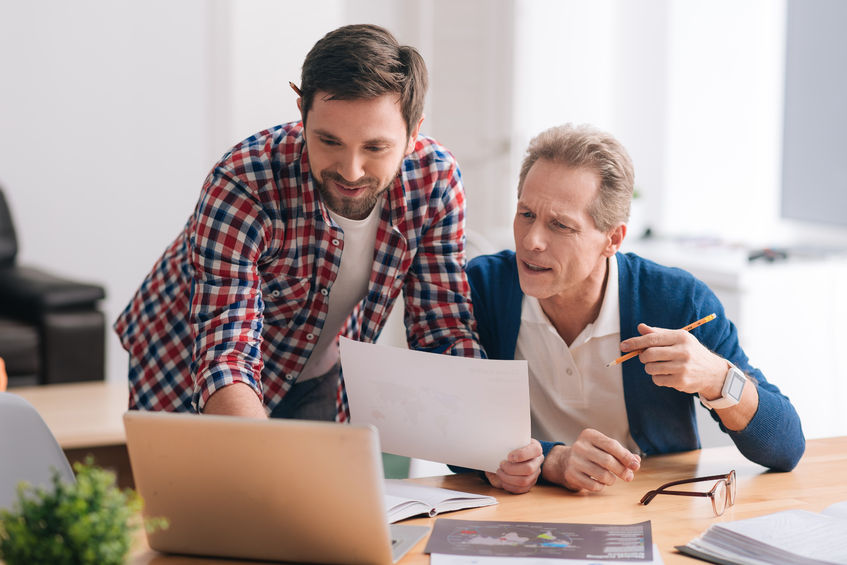 “I just don’t get how they think. Why do they________? Can you help me understand______?” Or perhaps you’ve stated emphatically, “I’m still struggling to know how to manage Millennials and motivate them to do their best work.”

As I work with organizations across the country, the issue of understanding, leading, and working with employees from different generations continues to be one of the most common challenges leaders mention to me. Part of this problem stems from inter-generational communication issues. Research reveals that 40% of Millennial employees say that Baby Boomers are more guarded with their communication. Nearly the same number of Boomers say that Millennials are often too brash and opinionated.

The frequency of the discussion, in and of itself, is noteworthy because most topics of conversation in our culture have about a two-to four-week lifespan. So the fact that the subject of how to manage Millennials is still being discussed after nearly a decade, lends weight to how real problem is.

It’s not about age, it’s about core values

The frustration flows both ways – from older employees (Gen X supervisors and Boomer senior managers) with Millennials, and younger employees with their colleagues who are senior in age. Since most current managers and many supervisors are in their late 30s and above, the complaints I hear are largely about Millennials, although I’m readily aware they are not “the problem.”

The annoyance and irritation reported reminds me of listening to a traveler who has just returned from a trip to another country where the culture is significantly different. “I can’t believe they ….” “I just can’t under stand why they [cook their food] that way.” “If they would just [proposed solution from the traveler’s culture], it would work out so much better.”

Having been one of those ethnocentric travelers — that is, “my culture is the center of what’s normal for the world” —at various times in my life, I have come to realize that the difficulties employees from different generations are experiencing are analogous to traditional cross-cultural difficulties that have been experienced for millennia (pun intended). The various generations of employees are frustrated, irritated, and confused by colleagues from different generations because each comes from a different culture and they believe their cultural approach to work and life is the “way things should be done.”

In fact, one of the ways “generations” are currently being defined is that the ways their same-age cohort experienced life growing up was significantly influenced by historical events and cultural trends (e.g. Baby Boomers were influenced by the sociological and economic post-World War II factors; Millennials’ lives have been shaped by their familiarity and facility with technology and the cultural emphasis on rapid results). In essence, the argument by sociologists is that each generation really was raised and developed in a culture significantly different than other generations, even within the same geographic/ethnic culture.

So an obvious conclusion, though not always so readily perceived, is that in order to assist individuals from different generational cultures to work together better and with less conflict, we must help them take a cross-cultural perspective in understanding one another. Even though they may all be Americans — or Midwesterners or whatever the grouping may be—they really come from significantly different cultural backgrounds.

What does that mean practically? Well, in addition to creating a focal point for your organization’s Diversity and Inclusion efforts, the lesson is that individuals from different generations think differently and make different choices from other generations because what they value is not the same.

Most of us have been exposed to groups of people from cultures that are quite different from our own –through traveling and visiting other countries, watching documentaries on television about various ethnic communities, or at a minimum having attended a festival that celebrates the cultural background of a community’s heritage.

For those of us who have had the privilege of living in another culture than ours for a period of time, we can clearly remember ways of doing things that struck us as odd –because it wasn’t how we learned to do that task. For example, in the U.S., most people peel a banana from the top down with the stem being at the top. In China, they peel it with the stem being at the bottom.

People from different cultural backgrounds essentially have lived life in distinctive contexts and with divergent experiences. The impact of one’s culture affects daily life in numerous ways —both at home and at work:

–What they choose to spend money on

–What people talk about

–How they dress, including for different occasions

–Communication styles (greetings, what they share about themselves, and what is viewed as acceptable)

The study of cross-cultural communication and adaptation has a long and rich history. And it has been the subject of thousands of books, plays and movies. For example, The Travels of Marco Polo or My Big Fat Greek Wedding. As a result, we are able to benefit from the principles that have been identified to assist in adapting to cross-cultural differences more smoothly.

While there are full college courses committed to the topic of cross-cultural communication, let me offer some simple starting point suggestions:

Acknowledge that differences exist. A first step in dealing with those from different backgrounds is to consciously accept that people are different (and that that is ok).

Seek to understand, rather than criticize or defend your way of doing tasks. Rather than tell or show them “a better way” to do something, try to find out both how and why they go about doing tasks the way they do.

Be gracious; accept that you may not understand another’s viewpoint. What they do, how they do it, or why they are doing it that way, may not make sense to you initially. That’s ok. As you get to know them and their culture better, understanding should follow, even if you still prefer to approach tasks your way.

Withhold judgment. Don’t automatically assume your way of doing a task is the best way. It may be for your culture, but their way may incorporate other aspects of their culture important to them. For example, the importance of building a trusting relationship rather than using the most time efficient approach.

Seek to communicate through their worldview lens. Do this whenever possible, as opposed to trying to make them understand your worldview. Use their words and terms when discussing an experience or task, rather than yours. By doing so, you are respecting their viewpoint, and you will probably gain further clarification from them.

Don’t assume that a lack of knowledge is the same as stupidity. Individuals have very different life experiences which teach them a variety of skill sets and information. Just because someone doesn’t know how to perform a task that is second-nature to you, doesn’t mean they are stupid. It means they haven’t learned the information or skill yet!

Manage Millennials with an open mind

While multi-generational communication poses challenges for organizations, the problem is not with Millennials per se. When researchers systematically reviewed the available data on Millennials, they discovered little evidence that generational differences affect organizational satisfaction, commitment and intent to turnover. Baby Boomers job-hopped in their mid-20s just as Millennials do now. It’s the nature of an early career, not a specific generation.

Individuals in the workplace — employees, supervisors, managers and executives — all are experiencing challenges in learning how to work together as a result of the multi-generational workforce which has emerged. In many cases, this appears to be a byproduct of the cultural differences which have shaped the worldview of different generations.

Utilizing lessons learned from cross-cultural communication and ethnography (the study of ethnic groups) can be quite helpful in better understanding colleagues from varying generational and life-stage backgrounds. Humility, the desire to learn, and being willing to consider that your viewpoint – background -culture may not be at the “center of the universe” – all are key to building healthy collaborative relationships with others.

We all, regardless of our age, generation, or cultural background, have a lot to learn from one another and much to offer, as well. When we value and embrace our differences, the potential for growth is virtually limitless!