The Role of Fun and Playing in Appreciation – By Paul White

“Fun”, “playing” and “work” or “job” are rarely talked about together — with the exception of those few, rare companies (typically on the West Coast) where they try to make the workplace more fun and creative.

But recently, I had an experience that led me to begin to think about the importance of playing and having fun, and how they impact our daily lives at work.

A little over a week ago, we had a fairly large snowstorm roll through, leaving about 7 inches of snow on the ground (which is a fair amount for us.) After a number of cold days, the weather warmed up a little, so the snow was really good for packing.

I live next door to a family with five kids (including four boys) and we have a mutual understanding that when there is a good snow, we either get together to build a snow sculpture or we have a snowball fight. 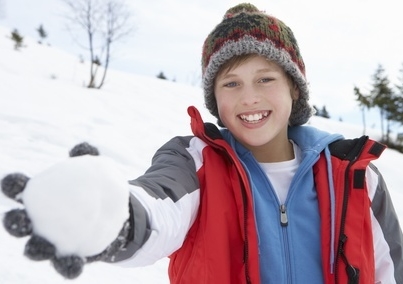 So two of the guys (about 8 and 12 years old) invited me to have a snowball fight, and we agreed to do it Saturday afternoon. It was me against them, mano y dos chicos, and we had a great time. Sometimes they came at me from two directions, but mostly I stood out in the open (next to a pile of snow to make it easy to form snowballs quickly) and I chased them around the yard. (Actually, we live in the woods, so it isn’t your typical yard.) I yelled at them, chanting unintelligible war cries (“Woogienook. Ticsaknak fribbledorp!!”) while I ran at them, throwing my snowballs (eventually leaving myself unarmed) and letting them hit me (or try to) with their snowballs. It was a blast – running, yelling, playing and laughing together! (I still have a fair amount of “kid” in me.)

Why is this a “big deal” and why am I sharing this? For a couple of reasons. First, I realized that I have let playing slip out of my life too much and that I am a lot more fun to be around when I play occasionally. (I bet I am not the only adult who this applies to!)

Secondly, I realized that I felt valued when someone else invited me to play with them. I’m not talking about some deep “Ooo, now I feel valued as a person” feeling, but just that it felt good to be asked to do something fun. I think this is true in our lives generally, and at work, specifically. If someone is going to go do something fun, it feels nice to be invited and included.
Unfortunately, I find many people respond to this type of statement with: “Yea, it would be great to be invited everyone once in a while – it’s been a long time since someone asked me to do something with them.”
But I think the response that will have a more positive result is – think of something fun to do and invite a friend to join you. It may be as simple as going out to lunch (and NOT talking about work), going to a movie, a sporting event, or whatever you like to do.
For many of us, we need to take the time to do something fun. After college and your pre-kid years, if you don’t plan it, it won’t happen. So think about (maybe even dream!) and plan some fun activity for this weekend, and invite others to join you. Have some fun together with some friends (maybe new ones you haven’t spent much time with previously.) Just be sure it includes smiling and laughing!