Inspire Your Employees by Creating a Culture of Appreciation 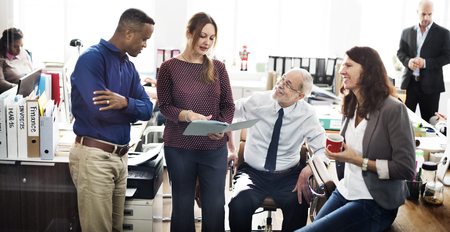 Great leaders understand the value of showing appreciation to those whom they are leading. They realize, by building a culture where all team members feel valued and actively support one another, the goals of the organization will be reached more efficiently and not at the expense of wearing out all who are involved.

Misguided leaders believe supporting and encouraging employees is a waste of time. As a result, they wind up spending a lot of time and energy replacing key team members and trying to resolve innumerable petty conflicts and complaints which siphon off resources needed to accomplish their goals.

This Thursday is ‘Inspire Your Employees to Excellence Day.’ Showing consistent and authentic appreciation is one of the best ways to create a positive work culture where everyone feels inspired and engaged.

Many workplaces (or departments) are characterized by disrespect, a lack of trust, cynicism, apathy, condescension, gossiping, and an overall negativism – which lead to low productivity. Why is there such a theme of negativity and despair in most workplaces? Because people want to be appreciated for what they do at work. But, unfortunately, most people don’t feel appreciated at work. And the evidence is almost overwhelming.

Sixty-five percent of employees report they have not received any recognition or appreciation for a job well done in the past 12 months. Job satisfaction ratings continue to be low and Gallup reports only 30% of employees are truly engaged in their work. Some polls show that over 80% of employees report being bored at work. Of those who leave their employment voluntarily, 79% report one of the primary reasons they leave is because they don’t feel appreciated (and they rarely leave just for more money.) Conversely, a global survey of over 200,000 employees found that the #1 reason employees enjoy their work is when they feel appreciated for what they do.

The False Knight in Shining Armor

Good reasons exist for the focus on employee recognition. In the early days of recognition, employees were rewarded for work well done and for reaching established, measurable goals. Problems developed, however, when higher-level managers saw the benefits (in terms of profitability) to the company, and they began to create more and more ways to incentivize (and recognize) employees to “do more.” This essentially became a classic example of the belief that “if ‘some’ is good, ‘more’ should be better, and ‘a lot’ should be great!”

The result is that the many employee recognition programs have been developed in ways that make recognition empty and meaningless. They have become mechanical, impersonal, generic and viewed as inauthentic. The three most common responses I hear when I talk to employees about their employee recognition program are apathy (“Yea, I guess we do. I don’t go any more”), sarcasm (“What a joke! Everyone gets the same certificate and gift card”) and cynicism (“They don’t give a rip about us – it is all to make them look good.”)

Appreciation focuses on performance plus the character qualities of the team member and their intrinsic value as a person. As a result, team members can be valued and receive appreciation even when they don’t perform well. (Anyone else made a mistake lately?)

Appreciation has dual objectives: to improve performance but also to support and encourage the person.   Team members often need a word or action of encouragement especially when they aren’t performing at their best because of other issues going on in their lives.

Appreciation requires more than behavior, it requires “heart attitude”. This is really the difficult part of appreciation – it has to be genuine and from the heart. You can’t fake it.

Appreciation can be communicated in any direction. One of the exciting lessons I’ve learned is that colleagues want to know how to encourage and support one another. Appreciation can be expressed from anyone to anyone else in the organization.