Last week we asked the questions: Who determines authenticity? Is authenticity based in reality or perception? What causes people not to believe others are genuine? Today’s post will answer these and shed some light on how to improve a cynical workplace.

Some work settings seem to just “ooze” cynicism, sarcasm, and a lack of trust. Probably the most intense cynical environments I’ve experienced recently are medical settings and hospitals. Why might this be? It appears that leadership in many of these institutions have tried to communicate recognition and praise, or have done training on “How to build a positive team”, and it has been largely done through a program-based approach. This leads to a perceived belief of insincerity on the part of the participants.

When employees do not believe that others are genuine in their communication of appreciation, a full range of emotional and negative reactions occur. These include:

*lack of trust and disbelief;

*“I’ve heard it before” and “Wait and see” attitudes;

*Defensiveness, resentment and even anger. 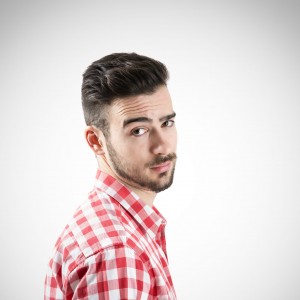 Why do people have these responses? Largely because they have not been communicated to with genuine appreciation. Unfortunately, although well intentioned, many characteristics of employee recognition programs undermine perceived genuineness. (These issues are addressed in our Appreciation at Work training).

From my discussions with numerous groups, I’ve compiled many reasons why

people question others’ sincerity of communication. Let me list just some of them now:

These reasons, and more, are all potentially valid reasons for questioning the genuineness of the actions from others in the workplace. The challenge is how to overcome perceived inauthenticity.

Getting Past Perceived Inauthenticity

You can never fully “prove” your authentic appreciation for a person and you can’t “make” someone believe you. At the same time, there are practical steps that can be taken that can help get past challenges of being perceived as not genuinely valuing your colleagues.

Is the lack of perceived genuineness of recognition, appreciation and encouragement an issue in the workplace? Absolutely. Is it a deserved concern? Most probably. Can it be addressed and resolved? In most cases. Is it worth the time and effort? Most definitely.

When employees and staff members truly feel valued and appreciated good things happen. And being forthright, if your appreciation is viewed as authentic, you will “stick out” from your competitors. Genuine encouragement is, unfortunately, the exception rather than the rule and authentic appreciation is a powerful tool to cut through the fog of a negative work environment characterized by cynicism, sarcasm and a lack of trust.